Who said branch banking was dead? 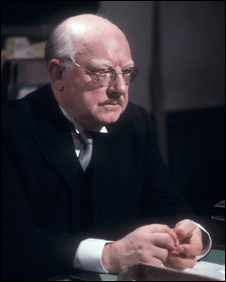 Handelsbanken, the UK arm of the Swedish banking group Svennska Handelsbanken, continues to defy the critics who have said that the branch-based banking model is dead, is going from strength to strength. Now with 119 branches in the UK (compared to the 75 branches Virgin Money has acquired with the purchase of Northern Rock and the single digit number of branches the much publicised Metro Bank has), has reported a 66% increase in operating profits. It was already the most profitable of the UK retail banks (in terms of margin not £s). For all the constant griping about banks making too much profits it interesting to see that customers don't object to these banks being profitable. Indeed the most profitable of the retail banks also seem to have the highest customer satisfaction (see http://www.itsafinancialworld.net/2012/01/customers-love-banks-who-charge-them.html ). Handelsbanken has for some time been leading the UK banks with the highest customer satisfaction.

The bank has achieved this not by investing heavily in new technology, call centres and mobile applications or by marketing, but by going back to the basics and executing them brilliantly. Their greatest advocates are their customers. Their model is to deliver banking the way it used to be. Their branch managers are expected to live in the neighbourhood where the branch is. They are expected to be active and to be seen in the community. The managers personally approve 95% of loans.They have a 'church spire' principle for lending. Simplistically if where you live or where your business operates from can been seen from the top of the local church spire then they will consider lending to you, if not they won't. Of course this principle is not rigidly applied.

The Handelsbanken model, whilst virtually unique in the UK, is not the only bank to operate along these lines. Bendigo Bank in Australia has operated like this from its beginning (and has the highest level of customer satisfaction amongst the Australian banks) and many of the community banks in the US such as Umpqua Bank reflect these same  values.

There is still plenty of scope for these types of banks to challenge the dominant banks in their markets, attract more similarly minded customers and profitably grow, but the challenge for them is how to attract younger customers and the future business entrepreneurs. Since for these digital natives the idea of visiting a branch is not intuitive, the question has to be how can they create a similar sense of community in a digital world? Increasingly the tools and acceptance of digital communities is making this possible, so whoever gets this right has the potential to be both very profitable and have high levels of customer advocacy.

In the meantime, once again, the prophets of doom who continue to forecast the death of the branch, are being proven wrong.

Posted by Jonathan Charley at 09:06