Are the regulators being realistic about Retail Banking? 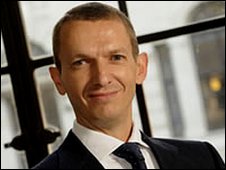 Andy Haldane, the Executive Director for Financial Stability told a UK Parliamentary Commission on Banking that the UK banks should create a common technology platform for Retail Banking that would act as a public utility and spur further competition in the sector. This he said would make it easier for customers to swap banks and make it easier for both new banks and existing ones that are currently held back by "antiquated" technology.

The theory would be that all the customer bank accounts along with their numbers could be on a common system so that when a customer wanted to change their bank they wouldn't have to change their bank account number all they would need to do is have that account number point to a different bank. Instant switching with no hassle, no direct debits going missing, no standing orders not paid, no missing salary payments - what more could customers want?

The underlying premise behind Mr Haldane's proposal is that retail banking is an undifferentiated commodity  service and that therefore having an industry common platform makes sense since the only basis of competition is price. Whilst it could be argued that retail payments processing is an undifferentiated service e.g. the transmission of payments using the Faster Payments scheme is standard for all the banks, is that really true for all aspects of retail banking? Certainly Svenska Handelsbanken could successfully argue that the customer centric, branch-based banking service that they operate is very different from the Big 5 banks and is reflected in their success in winning customers from the other banks. The ability of their branch managers to make lending decisions without referral to head office is clearly a differentiator. Equally First Direct customers would argue that the service that they receive from their bank is quite different to that from other banks.

As Mr Haldane argues the incumbant banks have 'antiquated' systems. This has been very publicly seen by the recent problems that RBS has had. It has also been stated as the reason that Santander walked away from the acquisition of the 316 branches that RBS is compelled to sell.  For a long time it has been obvious that the banks need to replace their core systems in order to keep up with the demands of customers for real time, mobile, digitally enabled experiences. Despite this none of the UK banks has embarked on a wholesale change of their core banking systems. Why? Because replacing the core banking systems is like a full heart, lungs and liver transplant where every vein and artery has to be individually unpicked.

Lloyds Banking Group spent just under £4bn to migrate HBOS onto the Lloyds TSB platform. This was the cost of bringing two banks together onto one of those 'antiquated' systems that Mr Haldane referred to. It has now spent a further £660m on simplifying the systems with more to come.

Commonwealth Bank of Australia has to date spent Au$4bn (£2.6bn) on replacing its core banking platform. That was one bank that is smaller and less complex than any of the UK Big 5.

Even if it was feasible to get the Big 5 banks to agree the specification for a common retail banking platform the cost including migration would be measured in tens of billions of pounds and would take a minimum of 5 years to implement.

The parallels with the NHS IT project where all the NHS records were to be on one system which could be instantly accessible whichever hospital or doctor wherever in the country a patient is are uncanny. The NHS IT programme cost over £6bn. Effectively nothing has been implemented and the programme is seen as an abject failure.

The British Bankers' Association (BBA) responded to Mr Haldane's suggestion by pointing out that the banks have committed up to £850m to produce a system that will make switching bank accounts far easier. This has been underway for some time. This will operate more like a mail redirection service. Clearly this is a far lower cost and far more practical approach than Mr Haldane's proposal.

What is concerning is that such impractical recommendations are coming from such a senior executive with the responsibility for ensuring financial stability. It raises the fundamental question of whether the regulator has taken sufficient time to understand the reality of the current state of retail banking.  This is particularly concerning since this is not a one off. The Bank of England governor-designate, Mark Carney, has, according to the FT,  said of Mr Haldane's views on simpler regulation as 'not supported by a proper understanding of the facts', this doesn't bode well for Mr Haldane's future at the Bank.
Posted by Jonathan Charley at 12:29