Will challenger banks make a real impact on UK lending? 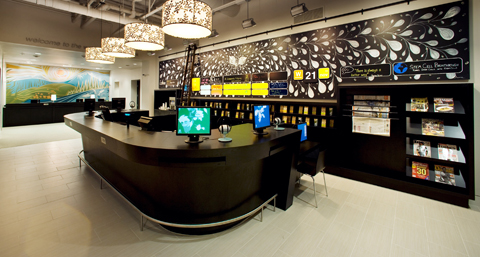 Antony Jenkins, the CEO of Barclays, told investors that the challenger banks will fail to make a real impact on the lending market in the UK in the coming years.

His argument was that those who look to acquire the branches available by the forced sale of Lloyds Banking Group and Royal Bank of Scotland branches when customers are using branches less and less in favour of online banking are buying a wasting asset.

Simplistically this is right, however even in markets where customers are carrying out a greater proportion of their banking business online such as The Netherlands, where 50% of branches have been closed, when a customer has a complex financial problem that needs fixing those customers are still showing a strong preference to address these face to face in a branch.

Even in a digital world the branch is still an important part of the marketing and branding for all the world's major banks. Branches are perceived as a reassuring sign of the stability of the bank, that by having a physical presence the bank is not going to disappear overnight.

What Anthony Jenkins did not explore is how the role of the branch is and needs to evolve (something which Barclays as an organisation is very aware of). The challengers recognise that branches are generally under-utilised assets and are being far more creative about their role in the community whether it be for business meetings, book clubs, music soirees or simply somewhere to go for a coffee. Banks such as Oregon's Umpqua (www.umpquabank.com) and Virgin Money with their lounges (http://uk.virginmoney.com/virgin/about-lounges/) are taking forward the thinking on the future of the branch. Antony Jenkins is right that the big five banks are increasingly closing branches but the challengers with their far smaller branch footprint are opening new branches rather than closing them. Handlesbanken (www.handelsbanken.co.uk) have been quietly opening branches and have been having a not insignificant impact on the market particularly on business lending.

When Jenkins referred to the challengers he appeared to limit that to those who might acquire the Lloyds Banking Group and the Royal Bank of Scotland branches, but of course this is not where the only challenge to the lending market is going to come from. Tesco, M&S and Sainsbury's banks already have very large branch networks they just happen to be retail outlets. Betting against these three making a success of their banking business is the height of folly.

Where Jenkins is completely correct is that for a challenger to simply open branches, and specifically traditional branches, would not be a wise move given the evolution of the customer and the banking industry. However the main challengers are not doing that. They are looking at an omni-channel strategy where online, mobile, call centre and branches come together to provide a new and better customer experience. There is a recognition that even in the branch customers may want to access their mobile or online banking services, that digital opens up the range of services that a branch can perform.

Taken at face value Antony Jenkins' comments that challenger will have little real impact on the UK lending industry smacks of complacency which the challenger banks should be delighted to hear. However given Jenkins' experience and knowledge of retail banking the challengers should not underestimate the fight they have on their hands. This can only be good for customers.
Posted by Jonathan Charley at 11:56