Can TSB really be a challenger bank? 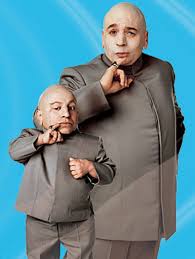 With the letters going out to effected existing Lloyds' customers and the announcement that from September 632 Lloyds Banking Group branches will be re-branded 'TSB' does this herald a new competitor in the UK banking market or it just a mini-me Lloyds Bank brand? This is a question that will not only be asked by those customers being migrated to the 'new' bank but also by existing Lloyds' customers, politicians, banking regulators and the European Union. Ultimately it was the European Union that has forced the launch of TSB as a consequence of the state intervention required after Lloyds TSB was compelled to buy HBoS.

In many respects for customers who have chosen to join Lloyds TSB and are being forced to switch to TSB this could be seen as positive as their new bank will be re-assuringly the same. However over time, if TSB is to become a challenger to the established banks then this will need to change.

One of the most important requirements for TSB to become a challenger is to have different ownership. Lloyds Banking Group has applied to the EU for a two year extension to the deadline to sell off the 632 branches. As this is written there has been no indication whether this has been granted. Whether this comes from an IPO (most likely) or from a single or syndicate of investors wishing to buy TSB time will tell. However Verde, as the project  to separate and sell the branches and supporting infrastructure was called, has been running for some years already and no one has come forward with a compelling and executable proposition to buy the business. (The Co-op's proposition proved to unviable and the NBNK proposal was rejected by Lloyds Banking Group as being insufficiently commercial, though whether that was a political decision is a moot point)

Whilst TSB is still fully owned by Lloyds Banking Group it will be no more of a true challenger to the Big 5 banks (Barclays, RBSG, Lloyds, HSBC and Santander) than its sister brand, Halifax.

Credit where credit is due Lloyds Banking Group knows how to run separate brands off the same systems and processes and has done it very successfully since the integration of Lloyds TSB and HBoS was successfully completed. Halifax is seen as an edgier, cost conscious brand than the more conservative Lloyds brand. The Halifax executive team have largely been kept in tact and have been able to retain much of the culture of the bank prior to takeover.The staff still identify with the brand they work for. Indeed to many customers Lloyds and Halifax are quite separate banks and there are customers who move to Halifax to get away from Lloyds and vice-versa. However ultimately both banks report into the same Lloyds Banking Executive, Alison Brittain and she reports to Lloyds Banking Group CEO, Antonio Horta-Osario. Both banks answer to the same shareholders principally the government.

It is a fallacy that there is no competition in UK banking, there are an increasing number of players out in the market offering retail banking services - Nationwide, Yorkshire Building Society, Yorkshire Bank, Clydesdale Bank, M&S Bank, Co-operative Bank, Tesco Bank, Sainsbury's Bank, Metro Bank, Virgin Money to name just a few. However it is true that the Big 5 still continue to have the dominant market share. With the introduction of easier switching in the Autumn the excuse that it is too difficult to change banks will be taken away. The fundamental reason that customers don't switch banks as much as politicians and regulators would like is that banking is to a large extent seen by customers as a commodity and really not that interesting. Banks are also seen as being as bad as each other so why customers can't be bothered changing when it really won't make a lot of difference.

For TSB to be a real challenger then it needs to be able to answer the question of what can it offer that will make those not compelled to become its customers to switch their banking business to TSB.
This has the potential to be a bigger hurdle for TSB than for some of the other players. The executive team of TSB are highly capable people, but they have worked for Lloyds Banking Group for a considerable period and a question is whether have been immersed in that culture and that way of doing business are they able to come up with a fresh way of delivering banking that will be attractive to their customers? If they are able to come up with a fresh proposition will they be able to actually deliver it given that they will be dependent upon Lloyds Banking Group and its legacy systems to deliver their proposition? Given their size in comparison to Lloyds Banking Group and the other Big 4 will they be able to invest enough, particularly in all things digital and mobile to be able to compete with the far larger budgets that the others have?

Is the reality that despite all the best intents and capabilities of the leadership of TSB that with the restrictions laid on them such as ownership, access to capital, size and dependency on Lloyds Banking Group that the best that can be expected from TSB is a slightly less good mini-me?

Only time will tell, but for the good of consumers and for the health of the retail banking industry in the UK it is has to be hoped that TSB will emerge as a strong challenger bank.

For official answers on how TSB will operate go to
<a href="http://www.tsb.co.uk/">www.tsb.co.uk/</a>
Posted by Jonathan Charley at 11:24 No comments: